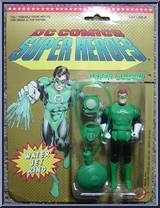 Thanks to Green Lantern, Earth is safe again. Using his amazing power ring, he created a force field around the invading extraterrestrial armada of ships. Fearing that they were defeated, the invaders fled to deep space, never to return. Green Lantern's power ring can do almost anything. It has only two known limitations: It must be recharged from a special emerald battery every 24 hours, and can't be used against anything colored yellow.
Add to Collection - Add to Wishlist - Contribute 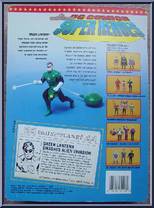 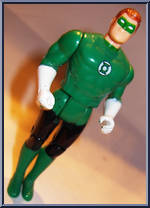 Enlarge
User Collections
The following users have Green Lantern in their collection:

Searching...
User Wishlists
The following users have Green Lantern on their wishlist: