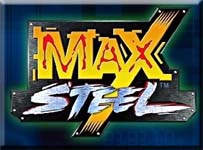 Josh McGrath was a typical professional Extreme Sports competitor. This all changed the day the evil cyborg, Psycho, attacked Josh and directed nanites into his body. The robots caught into his blood stream, unable to be removed. The effects were minimal and had no dire consequences until they began to run low on energy and started to die. Unfortunately, as they started to die, so did Josh. Moving quickly to slow down or reverse the process, Josh was injected with a new type of energy, nicknamed T-Juice. This new energy managed to restart the nanites and slowed down the dying process. At the same time it also reacted with Josh's body and gave him superpowers. Pledging to use his powers for good, Josh uses his new abilities to fight against Psycho and his dangerous allies…