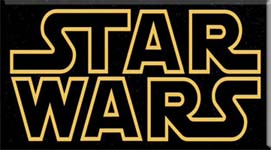 The Clone Wars. The Fall of the Old Republic. The rise of the Empire. The rise of the Rebellion. The fall of the Empire. So many events have shaped the course of the galaxy. Many heroes have been born and many more have fallen. Good has reigned as has evil. Evil has been defeated and good has taken a hold again. Legends have been made and great deeds and acts have been fulfilled. There should be no doubt in anyone's mind, many more events are scheduled to occur for the galaxy at large.