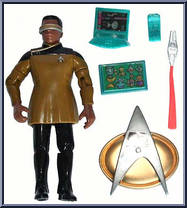 PROFILE: As an active Lieutenant Commander on board Starfleet Command's Flagship vessel, Geordi La Forge is often required to attend various diplomatic functions as an official representative of the Federation. In addition to the training he received while in Starfleet Academy, Geordi uses the experience he has gained while serving aboard the U.S.S. Enterprise to help him diplomatically interact with the alien delegates he encounters. While attending official event, such as an ambassador's dinner, Lieutenant Commander Geordi La Forge is expected to wear his full dress uniform.

IMPORTANT NOTATION: Lieutenant Commander La Forge is an excellent representative of Starfleet and should be considered as a candidate for future diplomatic assignments. 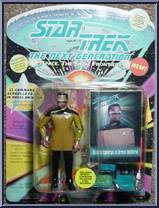 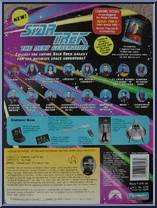