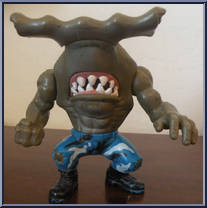 411 File: He's a militant guy with an incredible sense of street justice. Harder to handle than a hurricane at high tide! His nasty temper is feared by foes & friends alike.

Street Skills: Hits hard. Hits often. Strikes his target with the power of a hydraulic jackhammer. Batters down barricades, overpowers obstacles. Nothing stops him.

Accessories: None
Add to Collection - Add to Wishlist - Contribute 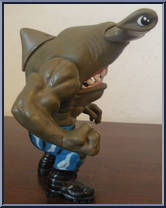 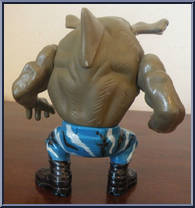 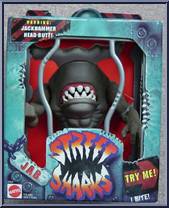 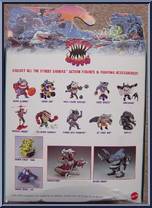 Searching...
Subseries from Street Sharks Toy Series
Contribute
The good folks here at Figure Realm try to give you accurate, unbiased, and most importantly, free information on action figures all day everyday! But of course, reviews and an occasional rant can only go so far, that 's why we encourage you to contribute! We're trying to build the largest, most informative, and simplest to use action figure gallery on the planet for every person out there to enjoy. Whether you want to know how many figures are in a series or the name of a certain figure or even if you just want to stare awestruck at all the pretty colors, galleries help everyone. What can you do to help? Glad you asked!