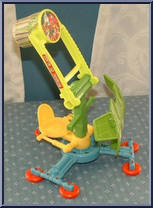 Back in the days of old when men were bold and turtles were pets, the catapult was the king of weapons in time of war. Today a war of mutants is raging on our city streets. To keep hordes of smelly Foot Soldiers downwind, Donatello has redesigned the classic catapult to go anywhere evil lurks in the sewer or on the street. This awesome Ooze-slinging portable artillery piece is the perfect weapon for sending those mutant morons, Bebop and Rocksteady, back to the zoo where they belong. And if they escape the Retrocatapult's lethal load of mutating goo, a triple-plating of Turtle armor would stop cold even the hottest attack.
Add to Collection - Add to Wishlist - Contribute 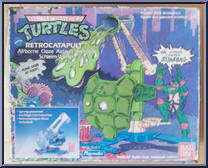 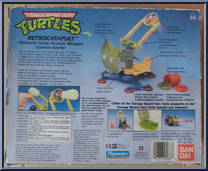 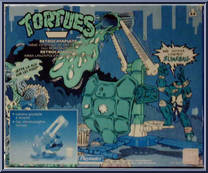 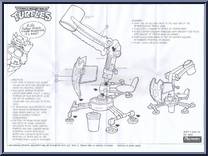 Enlarge
User Collections
The following users have Retrocatapult in their collection:

Searching...
User Wishlists
The following users have Retrocatapult on their wishlist: