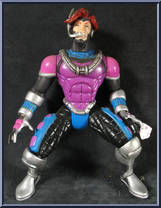 Enlarge
Training in the Danger Room, Gambit has his hands full with a holographic Sentinel when he is rushed by a fully-armed Robot Fighter! Caught between a Sentinel and a hard place, Gambit pauses when the Robot Fighter suddenly launches its missiles! Ducking just in time, Gambit turns to see the missiles destroy the Sentinel behind him, giving him the chance to fire his explosively-charged playing cards at the Robot Fighter, and bringing him a hard-earned victory.
Add to Collection - Add to Wishlist - Contribute 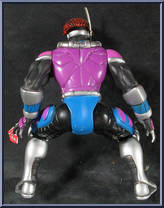 Enlarge
User Collections
The following users have Gambit in their collection:

Searching...
User Wishlists
The following users have Gambit on their wishlist: