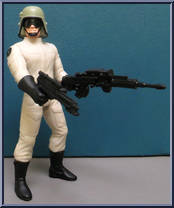 Enlarge
User Collections
The following users have AT-ST Driver in their collection:

Searching...
User Wishlists
The following users have AT-ST Driver on their wishlist: