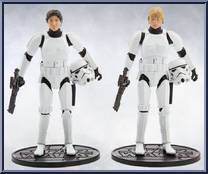 Enlarge
In the throes of a galactic civil war, roguish smuggler Han Solo teams up with idealistic, yet impetuous, Luke Skywalker in a daring mission to rescue Princess Leia. Posing as stormtroopers, the duo makes their way to the detention block on the Death Star, where the Princess is being held.
Add to Collection - Add to Wishlist - Contribute 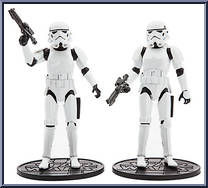 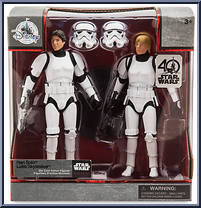 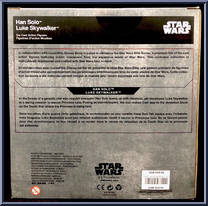 Searching...
Subseries from Star Wars - Elite Series Toy Series
Contribute
The good folks here at Figure Realm try to give you accurate, unbiased, and most importantly, free information on action figures all day everyday! But of course, reviews and an occasional rant can only go so far, that 's why we encourage you to contribute! We're trying to build the largest, most informative, and simplest to use action figure gallery on the planet for every person out there to enjoy. Whether you want to know how many figures are in a series or the name of a certain figure or even if you just want to stare awestruck at all the pretty colors, galleries help everyone. What can you do to help? Glad you asked!