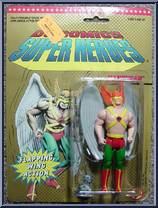 Like his feathered namesake, Hawkman splits the sky like a lightning bolt of justice. After pursuing a fugitive criminal from his native planet Thanager to Earth, policeman Katar Hol remained here and adopted the guise of Hawkman. His wings enable him to fly at incredible speeds, and he can communicate with Earth's birds. In combat, Hawkman uses an impressive arsenal of ancient Earth weapons against his foes.
Add to Collection - Add to Wishlist - Contribute 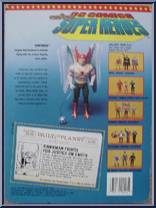 Enlarge
User Collections
The following users have Hawkman in their collection:

Searching...
User Wishlists
The following users have Hawkman on their wishlist: