District Attorney Harvey Dent went insane after a gangster hideously scarred half of his face with acid. Dent scratched one side of a two-headed silver dollar to represent his scarred, evil side, and took on the new name of Two-Face. He flips this coin to decide whether to choose "good" or "evil", depending on how the coin falls. When he was on the side of the law, Dent was an ally of Batman. Now, they are deadly enemies.
Add to Collection - Add to Wishlist - Contribute 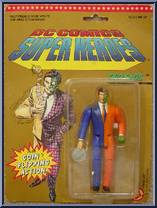 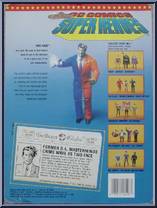 Enlarge
User Collections
The following users have Two-Face in their collection:

Searching...
User Wishlists
The following users have Two-Face on their wishlist: