Harry Potter and the Sorcerer's Stone

Enlarge
Hagrid rescued Harry Potter when he was a baby and placed him in the care of his only living relatives, the Dursleys. Eleven years later, Hagrid returns to help Harry prepare for his journey to Hogwarts. Once there, this kind but fierce-looking giant still watches out for Harry as surely as he cares for all the magical creatures he loves. Especially Norbert, the baby dragon he hatched from an egg. 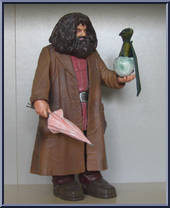 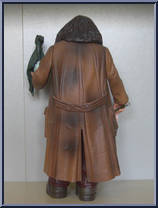 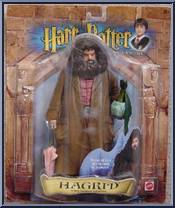 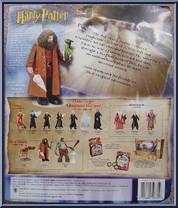 Enlarge
User Collections
The following users have Hagrid in their collection:

Searching...
User Wishlists
The following users have Hagrid on their wishlist:

Searching...
Subseries from Harry Potter and the Sorcerer's Stone Toy Series
Contribute
The good folks here at Figure Realm try to give you accurate, unbiased, and most importantly, free information on action figures all day everyday! But of course, reviews and an occasional rant can only go so far, that 's why we encourage you to contribute! We're trying to build the largest, most informative, and simplest to use action figure gallery on the planet for every person out there to enjoy. Whether you want to know how many figures are in a series or the name of a certain figure or even if you just want to stare awestruck at all the pretty colors, galleries help everyone. What can you do to help? Glad you asked!