Lord of the Rings Universe

Fellowship of the Ring - Series 2 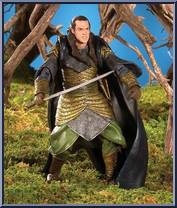 Enlarge
Long ago, Elrond helped lead a victorious army of elves and men in a war against Sauron and his servants. Elrond later established Rivendell as a haven for the elves against Sauron - and through time grew to be a powerful Elf Lord. Yet Elrond always knew that Sauron would be back to search for his Ring. And now that the One Ring has been found, Elrond helped form a Fellowship of nine to destroy it before Sauron recovers it and enslaves Middle-earth.
Add to Collection - Add to Wishlist - Contribute 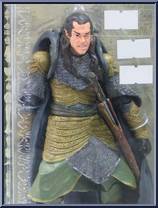 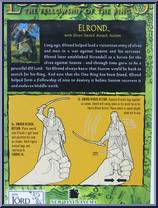 Searching...
Subseries from Lord of the Rings - Trilogy Toy Series
Contribute
The good folks here at Figure Realm try to give you accurate, unbiased, and most importantly, free information on action figures all day everyday! But of course, reviews and an occasional rant can only go so far, that 's why we encourage you to contribute! We're trying to build the largest, most informative, and simplest to use action figure gallery on the planet for every person out there to enjoy. Whether you want to know how many figures are in a series or the name of a certain figure or even if you just want to stare awestruck at all the pretty colors, galleries help everyone. What can you do to help? Glad you asked!