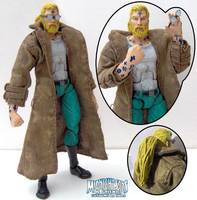 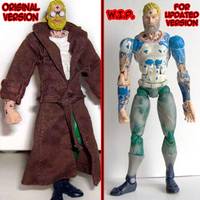 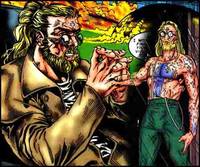 LWes -
Sunday, November 18, 2007
[Reply, Edit, Report Abuse]
***UPDATE NOVEMBER 2007***
Hi everyone! I've updated this figure a bit. I resculpted his shirt, pants, boots, beard and ponytail, made new glasses and I also repainted the figure completly including the coat.
That's actually what I'm most satisfied with, the coat. I just drybrushed it with a lighter brown paint. It really makes it much more dynamic!
I really liked this figure originally when I made it, but it's much cooler now!
Hope you like it! LMK what you think!

Henchmen4Hire -
Saturday, January 13, 2007
[Reply, Edit, Report Abuse]
Whoa, this is my favorite so far, great beard. This guy looks like a young Whistler...
Write a new Comment
Bible John on eBay
Previous / Next Customs
Disclaimer
The figures contained in the Custom Showcase are not for sale by Figure Realm, and the creators of the customs are no way affiliated with Figure Realm. The Custom Showcase is purely for entertainment purposes and only provides a means for the creators to show off their work and trade ideas. Figure Realm does not make or sell customs.