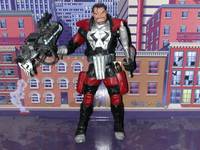 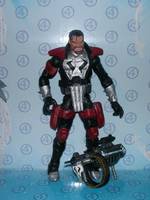 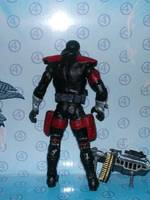 Bob-A-Ferret -
Friday, March 9, 2007
[Reply, Edit, Report Abuse]
So tell Doc about it I would love some critiques.

Bob-A-Ferret -
Thursday, March 1, 2007
[Reply, Edit, Report Abuse]
Thanks man just wait they get better I am still just showing my 2005 pieces my @099 I did Jan @007 has real porcupine quills for hair and I think its awesome hahahahahahaha

Unknown User -
Thursday, March 1, 2007
[Reply, Edit, Report Abuse]
I'm surprised Doc hasn`t reviewed this one as he loves punisher custom.
Super custom like I said before, I love 2099 characters.
Write a new Comment
2099 Punisher on eBay
Previous / Next Customs
Disclaimer
The figures contained in the Custom Showcase are not for sale by Figure Realm, and the creators of the customs are no way affiliated with Figure Realm. The Custom Showcase is purely for entertainment purposes and only provides a means for the creators to show off their work and trade ideas. Figure Realm does not make or sell customs.