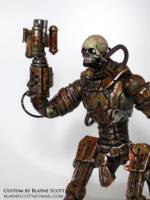 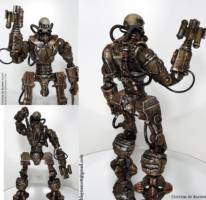 Ddd -
Thursday, January 2, 2020
[Reply, Edit, Report Abuse]
Does anyone know the base action figure I have it but don’t remember toy line

Write a new Comment
Wasteland Mark13 SentryClass Cyborg Unit on eBay
Previous / Next Customs
Disclaimer
The figures contained in the Custom Showcase are not for sale by Figure Realm, and the creators of the customs are no way affiliated with Figure Realm. The Custom Showcase is purely for entertainment purposes and only provides a means for the creators to show off their work and trade ideas. Figure Realm does not make or sell customs.